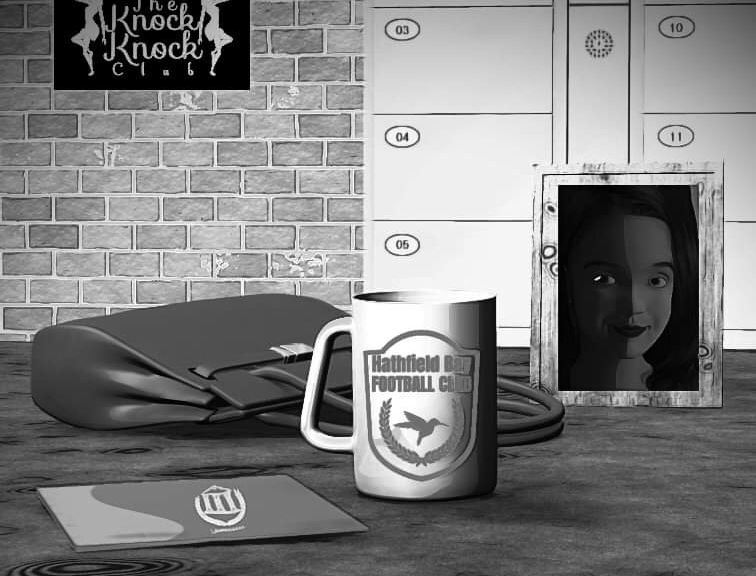 The morning had just broken in the Shady City. Birds were trying to sing their song above the noise of morning deliveries to the few shops in the SHANTIES that were still open.
“Good morning!” Cheered Gemma, a habitual morning person, from behind the bar of the KNOCK KNOCK CLUB as the owner, TAWNY, sauntered in from the apartment above where she lived.
Tawny winced. She had a monster headache brewing and even the dim lighting of the club was proving irritable.
“Honey?” She said softly. The bar maid looked up. Tawny put her finger to her lips. Gemma giggled and skipped to the back of the bar to start brewing coffee. It wasn’t very often the Baroness of the club was found to be low energy but a killer hang over was taking hold. Tawny sat at the bar and laid a mug on top. On the mug was the crest of the HATHFIELD BAY football team, based on the islands she came from. On the back read BARONESS 1, the nickname she had been given in the area.
Gemma brought the coffee pot over with a fresh brew. The smell of the coffee already had a brightening effect. She lifted the mug and started inspecting the chips in the ceramic and the coffee stains.
“I think your mug has seen better days,” she commented. “You should throw it out and use one of the cool new ones.”
Tawny pouted with good humour. “This is my favourite one. I’m not throwing it away.”
Gemma shrugged and filled it. Tawny lifted it appreciatively to her lips and and sipped the first caffeine hit of the day hoping for a kick start.
She would never part with the mug in question. It had been a birthday gift from her niece TABITHA and as such the sentimental value couldn’t be measured.

Tabitha had been watching her excitedly as she opened the box. Her smile wide, the gap between her front teeth making her seem younger, innocent in her excitement.
Tawny pulled out the mug and gave a giddy laugh when she saw the pale blue of her home town team. The reminder of the islands made her smile widen.
“Thanks TROUBLE,” she beamed, a nickname she had always used for her niece.
Tabitha dropped herself on the sofa beside her aunt and lifted her knees to her chest. “Look at the back,” she urged.
Tawny turned the mug round and when she read her nickname and the number she gave another hearty laugh. She reached an arm around Tabitha and pulled her close in a hug. She kissed her head. “I love it.”
“So what age does that make you?” Asked the younger.
Tawny raised her eyebrows. “The ripe age of twenty one,” she stated.
Tabitha chortled. “If you keep turning twenty one, you’re going to be younger than me.”
They both laughed. It was a simple moment in life but it is those simple moments that affect us the most. Sure the mug was old, worn and chipped but to rid of it would be to forget those laughs and giggles ever happened. It would be to forget Tabitha was an innocent girl once just looking to please her aunt. So happy she had found a simple little gift that would make her smile.
“You’re the best aunty in the world,” stated the girl as she cuddled into Tawny’s curvy frame.
Tawny couldn’t have been prouder. “Thanks Trouble. I try my best.”
Gemma dropping letters on the bar stirred the Baroness from her thoughts.

“Some mail this morning,” she stated in commentary.
An envelope with the LAWMAKERS seal caught her attention first. She pushed off the bar stool and clutched the coffee in one hand and the letter in the other. The rest of the mail could wait.
“I’ll take this in the office. Will you be okay in here?” She asked her bar maid.
“I’m good,” Gemma assured.
“Just shout me on down if you need me,” Tawny instructed but she had already become distracted by the letter.
Gemma watched her for a few moments. The normally bright, cheery air had faded and it wasn’t the hangover.
“Are you okay?”
Tawny sighed and looked up from the letter. She smiled with her usual warmth. “Peaches and cream, honey,” she stated.
Gemma heard the door of the office click closed. Trouble was brewing. 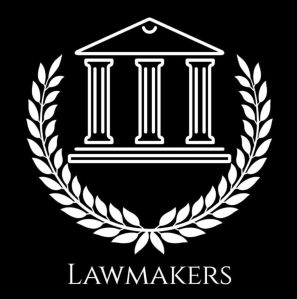 Trouble is certainly brewing at the KNOCK KNOCK CLUB with reporter SAM knocking on the door looking for answers to the disappearance of the CITY MAYOR.

Volume 1 of the hit graphic novel series is free to read HERE on Vivika Widow Online or you can download for kindle by clicking HERE.

Knock, Knock: Episode 5: A Room With A View

4 thoughts on “Trouble is Brewing”