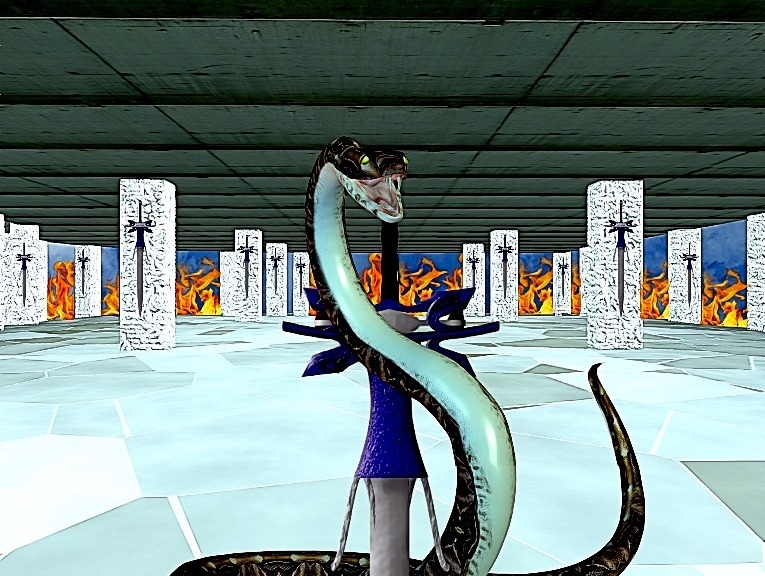 It was written many years ago that Noah Wigan crossed from the mainland of what would have been Coldford City to the Island of Hathfield Bay. There had been three attempts but each time the Wigan boats approached and considered landing, the wary islanders gathered on the beaches to see what was heading their way. Ill-educated in the way of God they were a simple people. They mostly frolicked in their nakedness. The women wore garlands of flowers and the men were restless and curious. So Wigan retreated. That night through to early morning he sat in counsel with God.

“God give me strength,” he prayed. “So that I may teach these people of your ways and bring them into your fold.”

Deprived of sleep, Wigan heard the Lord speak to him.

“They will follow if you lead,” said the Almighty. “For your heart is pure and strong. They will see your love for them. You must be prepared to bring the word and as any good father would you must punish the children who will not obey.”

So, the following morning Wigan took the boats again and travelled to Hathfield. As before, the islanders gathered on the beaches to observe their arrival, but rather than retreat this time Wigan felt himself filled with the grandeur of God. He climbed from his boat. His feet were cooled by the waters of the bay. He crossed onto the sands and he fell to the feet of the first man he encountered. He kissed his feet as the islanders watched on in bewilderment.

“My friend,” said Wigan. “I come with good news for you and for all of your people. My name is Noah Wigan and I am a messenger of God. Your people cannot be saved but I will show you how you may repent.”

Wigan stood and looked around himself. His own people who had followed him from the boats were already in good cheer.

“God has come to Hathfield!” they announced excitedly. “And you should rejoice.”

The islander man bid him to stand

“I don’t know of your God,” he said. “But you are welcome friend. Please stand so that we may become acquainted.”

Wigan stood. He embraced the islander in sight of them all.

“I’ll teach you of the one true God,” said Wigan. “So that you may find eternal happiness for you, your family and your people.”

Quite enamoured by the spirit of the new arrival the islanders offered their hospitality.

“You must be thirsty from your journey across the waters,” said the man whose name was Riley. “You must be hungry from your desire to visit my people,” he added and it was the truth.

Riley lived on the west of the island with his wife Anna and his two young daughters, Rowan and Willow. He opened his home to Noah and his companions and so for weeks Wigan spread his good word over the island and began to educate them in his ways. Most of them were intrigued and flocked to him to hear what he had to say. A great many of them decided that Wigan’s word – the voice of God on the island – was a path they now wished to follow but it would not be an easy path, Noah Wigan warned. It meant that the fruitful relationship they had always enjoyed with sands and the sea was no longer in their control. It meant that a higher power was what they owed their crops to and not the hard work of their own hands or their own toil. If they were to believe what Wigan was telling them it was a higher power to which they owed thanks to for the fruitful wombs of their women and not the women themselves carrying, birthing and feeding from their breast. That was where the problems for Wigan lay.

His presence was no longer a novelty. The numbers he had gathered to him were starting to dwindle and the islanders who resisted the outsiders were starting to stir. But Noah Wigan was persistent. He knew the natives of Hathfield Bay would require a little more convincing. He needed to be patient in demonstrating the glory of God. So he gave it more time. He prayed. He began to fall in love with the daughter, Rowan. He began to lose his focus and in desperation he wrote letters home.

The island is a blissfully happy place.

The people don’t seem to show any penance for their sins. They fornicate and dance. A man will lie with another man. A wife will lie with a man who is not her husband. It is anarchy and I fear my journey here may have been a little misguided.

After three more months the islanders were beginning to return to their own ways and those who had opposed Wigan were now preparing to usher him from their shores. Wigan began to lose his faith as his relationship with Rowan deepened.

“Why would you send me on a fool’s errand?” Noah asked of the Lord as he prepared to leave the following day.

But the Lord spoke to him again as he took slumber under the sound of the waves.

“You misunderstand your mission,” said the Lord. “You must punish unruly children for it is said that the hand of the father should be loving but firm. It is for their own good. They will soon respond.”

At that Wigan was awakened. The waves were now crashing. The people of Hathfield Bay were his children and they had to be taught.

And so it was that his preaching became more frequent, more filled with rapture and more demanding.

“Submit yourselves to God,” he warned them. “Or you will be punished.”

The islanders who opposed him took up arms. It was time to remove the new comer from the sands.

“I don’t wish to cause any bloodshed,” Wigan spoke of his concern to Riley. “Perhaps we can meet with them and I can explain my view to them. I love the people of this island. I’d like the chance to embrace them. Tell them to come together and I will provide proof of my God.”

Riley then invited the non-believers to the east of the island. They gathered in the shack on top of the eastern hill that was Riley’s home.

“Come inside,” they were beckoned.

“He needs to go,” one non-believer named Yuri spat.

Riley looked around his family. As any good father would he wanted to keep them safe. His wife Anna was by his side in whatever decision he was to make. His daughter Willow was prepared to follow. But where was Rowan?

The shack was bolted closed from the outside. St Michael the Punisher, Wigan’s right hand, stepped forward and dropped the first flaming torch. God’s fury fell on them as flames of punishment tore through the shack. The non-believers were burnt in a fiery torment for their refusal. Rowan clutched Noah’s hands and knelt before him as  they listened to the screams of the heathens rise above the waves in a glorious triumph for God.

Those who chose to believe and follow Wigan survived for God said it would be so. Upon the bones, teeth and ashes of the non-believers was built the first church of St Wigan.

John Reynolds is an experienced cult deprogrammer. He has spent a lifetime bringing people to their sense. When someone close to him runs off to join the Church of St Wigan he has to delve into th darkest side of the City if he hopes to bring them home.